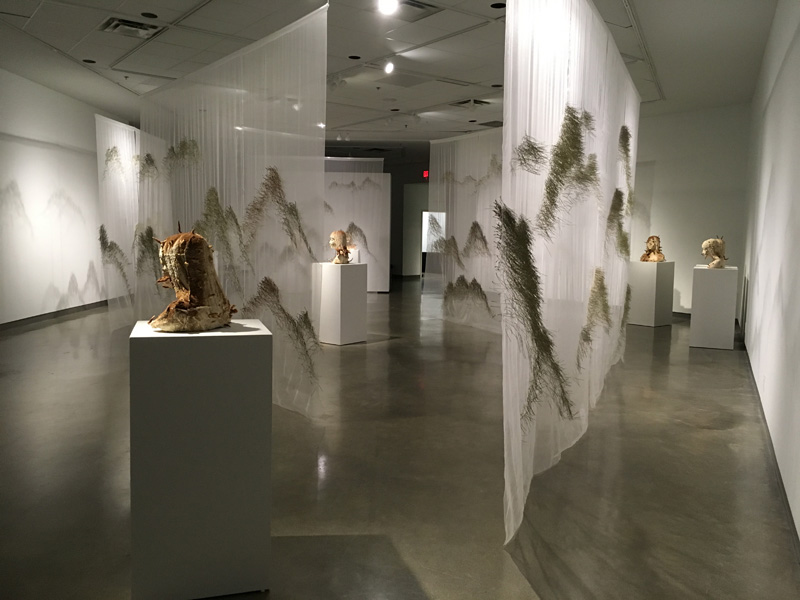 In Suspended Silence
By Rick Leong

“… I am suspended between what I used to be and what I am becoming.”

As a child growing up in China, Xiaojing Yan was immersed in the folktales, myths and legends of Daoist immortals and fantastical realms. She did what most children would do in imagining herself among them, as one of them, special and unique with magical powers and profound insight.  They hovered between worlds in a place that can only exist in the imagination, a kind of utopia that is alluded to in nearly every Chinese painting of mist-shrouded mountains that have been made for centuries. They become a gateway to the heavens, home of sages, where the very landscape itself is imbued with magical properties. Within this landscape can be found the rare lingzhi mushroom, venerated and coveted for thousands of years. The mushroom has been seminal in Chinese art and iconography and can be found in countless motifs and patterns. These motifs take the form of clouds and waves in traditional Chinese painting and drawing, textiles, and architectural design. It has been used and is still used as medicine to this day, as a panacea against all ails, including aging. As a symbol of power and prestige in the form of a ruyi scepter, it is the symbol for Luxing, the Daoist god of prosperity, and is considered an auspicious object in feng shui. It has even taken on the meaning of granting the bearer’s wishes as a kind of magic wand. Xiaojing Yan’s work In Suspended Silence seamlessly blends these elements together to create an ephemeral floating world to explore and encounter mystical figures that are becoming one with this utopian landscape.

In Suspended Silence is essentially an integration of two works: Mountain of Pines and Lingzhi Girl. The inspiration for Mountain of Pines occurred during the creation for her exhibition in Suzhou Museum, China where she encountered the same kind of pine tree in the courtyard where she was working that she had in her yard at home in Canada. The familiarity and sense of recognition made the pine a symbol that bridged her two disparate notions of home, between east and west, through an intimate connection to the landscape. She began the slow process of collecting the long needles and meticulously suspending them within large silk panels hanging from the ceiling. The effect is that the white silk creates a shroud of mist parting here and there to reveal the twisting contours of a mountain range; it’s rough, crosshatched contours invoking the vigorous brushwork of an ink wash painting. Yan find’s this meticulous process meditative and nostalgic. Yan has fond memories of growing up with her grandmother sewing her clothes and shoes, embroidering them with beautiful designs. It’s no wonder that the work holds so much time within its ghostly form. The hundreds of needles are all at different stages of life and decay, ranging from deep green to golden yellow. The slow passing of seasons are articulated through colour, and translated into ephemeral mountains held eternally within the Chinese imagination. 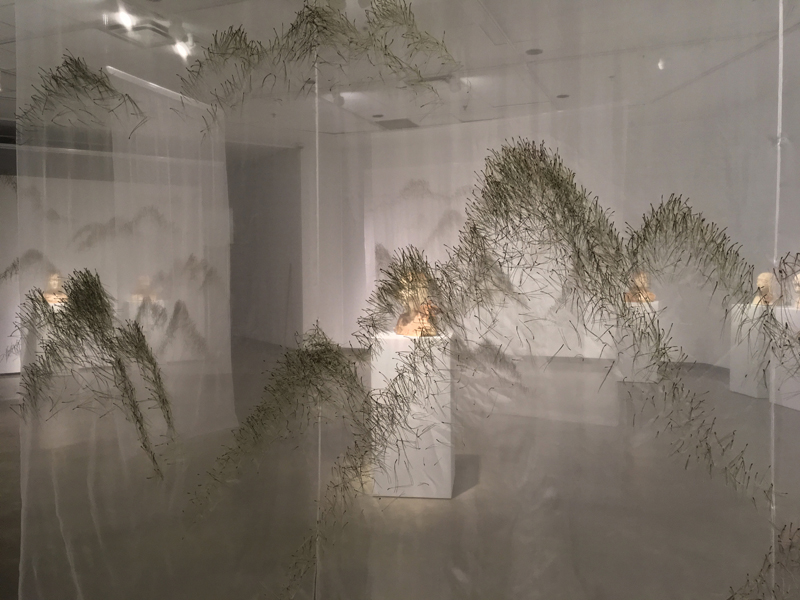 ” These works not only reference longevity, but also the idea of transcendence or “crossing realms”. The landscape painting, the garden, scholar’s rocks and bonsais were used by the literati as a focus for meditation—when the literati could not retreat to the mountains, these ersatz landscapes were a means through which to enter onto a spiritual plane.”

As the viewer moves between the floating mountains they enter into a liminal space created between the work and the shadows they cast. Dwelling within this ethereal space are the Lingzhi Girl. They are life-sized busts made from cast wood chips within which Yan has cultivated lingzhi spores that sprout their strange fruit haphazardly across their surfaces. These mute figures look contemplative, lost within a meditative state, oblivious to the passing of time. They are the outward manifestation of the childhood desire to become a xian- an immortal magical being that is rooted in Daoism. Yan likens them to the elite of the Daoist pantheon, the famous eight immortals. Yet, unlike the original eight who each have their own unique character, the Lingzhi Girl all become different aspects by natural process. Each bust is slightly different. The subtle tilt of a head and shifting posture accentuate the more marked distinguishing features of the lingzhi themselves. The process for creating the forms, making multiple casts out of wood chips, and cultivating the mushrooms within the forms is quite labour intensive, yet Yan feels that this attention to detail is appreciated by the viewer and contributes to their overall experience of the work. Indeed, one of the fascinating aspects of her understanding of materiality and sense of space is that her work reads as well from a distance as it does up close.

” In my art, every idea travels through the intricate passageway of how I think in Chinese but speak in English. Choosing the right material for my work is like choosing the right word in my vocabulary. ”

Within Chinese iconography both the pine and the lingzhi symbolize longevity, and to have them together strengthens the importance of this meaning.  The cultural significance of longevity is due in part to a Confucian belief that with old age comes great wisdom, and also alludes to a Daoist fixation with immortality. The veneration and pursuit of longevity would be a necessary step in eventually becoming a xian, but this transformation goes beyond childhood fantasy to represent something much more significant.  Much of Yan’s earlier work utilizes the symbology of death and reincarnation as a metaphor for her struggles in continually rethinking notions of identity as she moves between cultures. How, then, are we to interpret this shift into an interest in the everlasting? It could be that Yan has found her equilibrium within the in-between, perpetually suspended between languages, cultures and places. To come to terms with the idea that one could be perpetually in a state of becoming is perhaps what it means to gain the wisdom and understanding of a xian.  Much like the Lingzhi Girls, who are caught within a transformative state between the figure and the landscape, In Suspended Silence means to create a limininal space for self-actualization and self- fulfilling desire. It is a place where we can go to ruminate on what that may mean for each of us, and becomes one of those ‘ersatz’ landscapes that serves as a fulcrum to one’s own imagination. 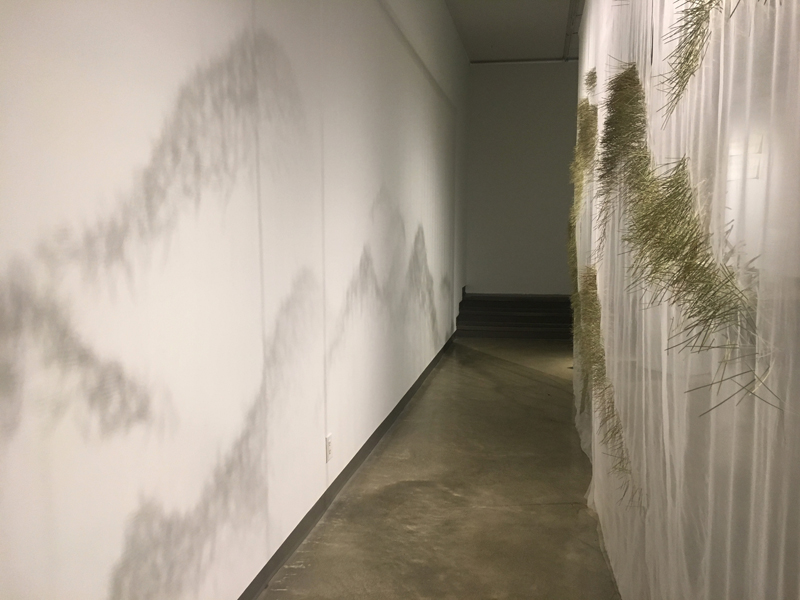